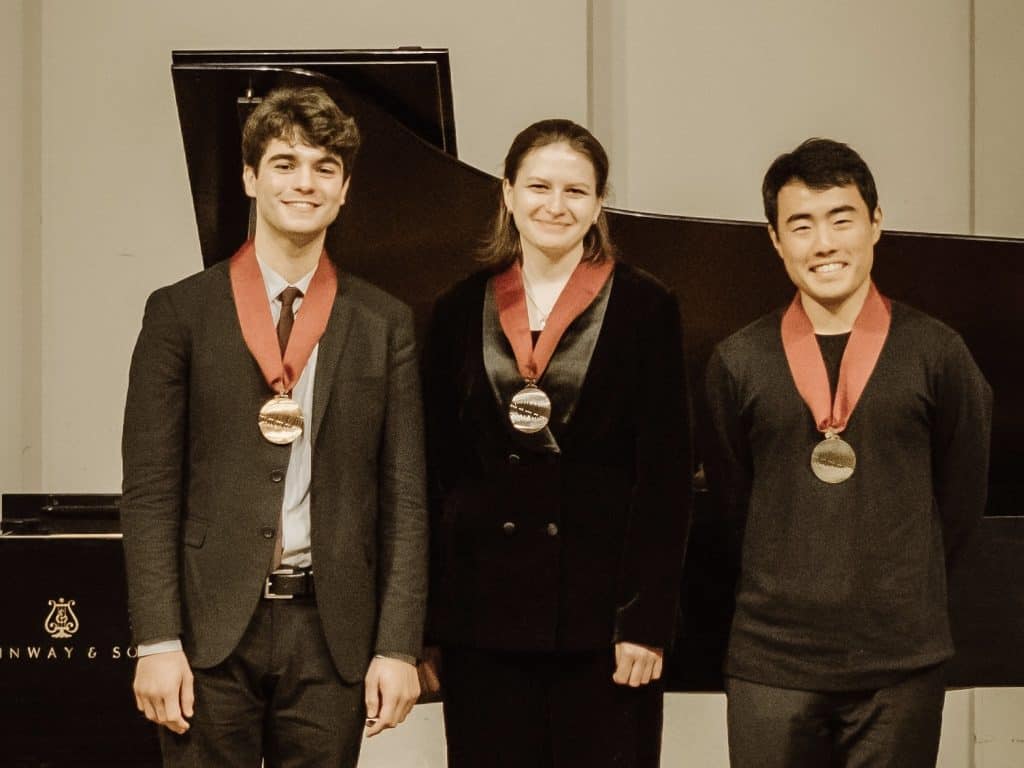 Elia Cecino, of Italy, took gold medal honors recently at the New Orleans International Piano Competition with a program of works by Tchaikovsky, Schumann and Prokofiev.

The silver medal was awarded to Tatiana Dorokhova, of Russia, and the bronze medal to Seho Young, of the United States. Davide Ranaldi, of Italy, was awarded the jury discretionary prize.

The finale capped the Musical Arts Society of New Orleans’ five-day competition of two rounds of local performances that started with more than 200 international auditions by keyboardists representing 30 countries. The top dozen were invited to the city

Prizes for the competition included more than $75,000 and performances with the Louisiana Philharmonic Orchestra, the orchestras in Baton Rouge and Acadiana; a solo concert in New York, and a solo concert in the UNO Musical Excursion Series. A studio recording session with Steinway & Sons was also part of the prizes package.