Premio Venezia to Cecino «La Fenice? What a thrill» 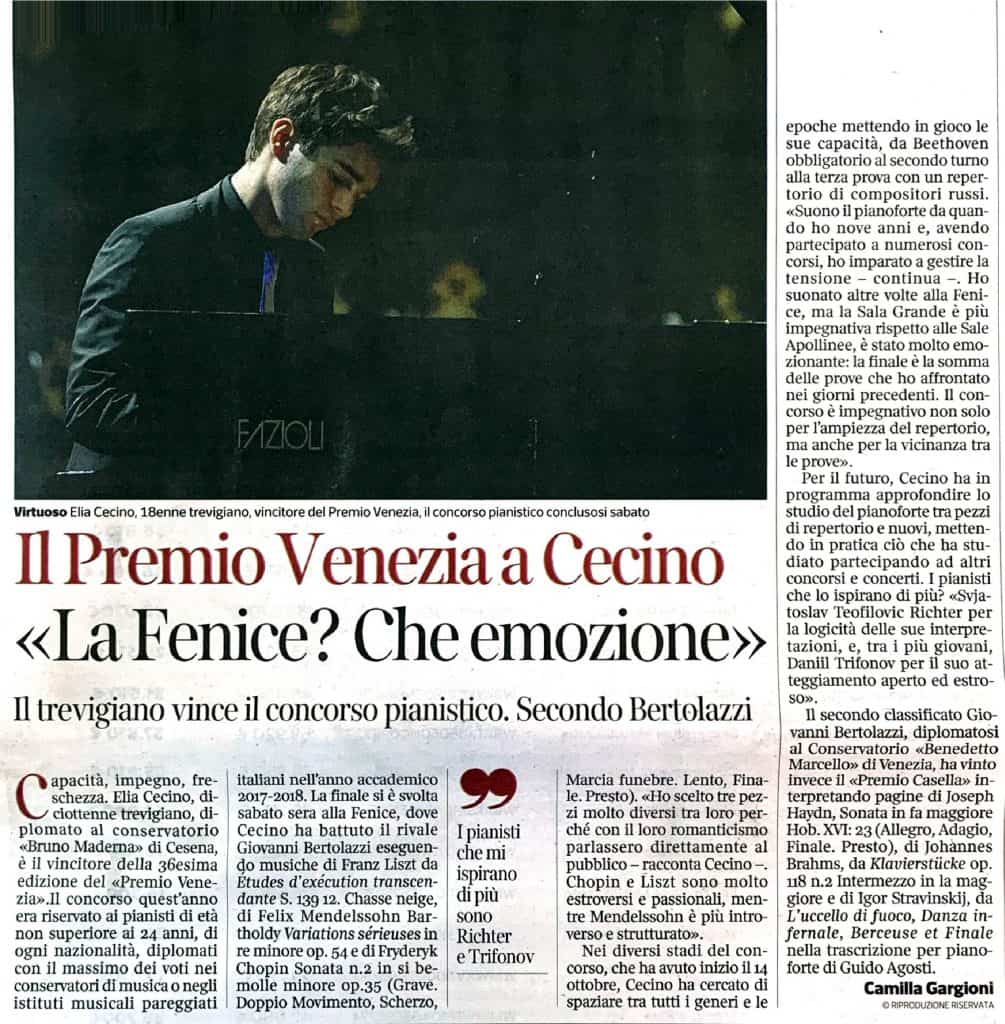 «I have chosen three very different pieces so that their romantic inspiration could be immediately caught by the audience — tells Cecino — Chopin and Liszt are very extrovert and of a passionate nature while Mendelssohn is more introvert and structured.»

In the different phases of the competition, that started on October 14th, Cecino tried to range among all the styles and ages staking his ability, from Beethoven that was compulsory at the second phase, to a repertoire of Russian composers in the third phase.

«I have been playing since I was 9 and because I have taken part to numerous competitions, I have learnt to manage my emotions. I have played other times at La Fenice but the Sala Grande is by far more challenging than the Sale Apollinee. It has been very exciting: the final is the sum of all the phases that I have been taking in these days. The contest is demanding not only for the wide range of the repertoire but also for the short time between the different phases.»

In his future Cecino is going to deepen his study of the piano both with pieces from the repertoire and with new ones, using what he has studied taking part in other competitions and performing in concerts.

Who are the pianists that inspire you the most?

«Svjatoslav Teofilivic Richter for the logical aspect of his interpretations while among the youngest pianists Danili Trifonov for his extrovert attitude.»

The second prize Giovanni Bertolazzi, who graduated at the Benedetto Marcello Conservatory in Venice, won the “Premio Casella” playing music by Joseph Haydn, Sonata in F major Hob.XVI:23 (Allegro, Adagio, Finale. Presto), by Brahms from Klavierstücke op. 118, n. 2, Intermezzo in A major and by Stravinskij from the Firebird, Danza infernale, Berceuse et Finale in the transcription for piano by Guido Agosti.