Elia Cecino, the young pianist with a great sound 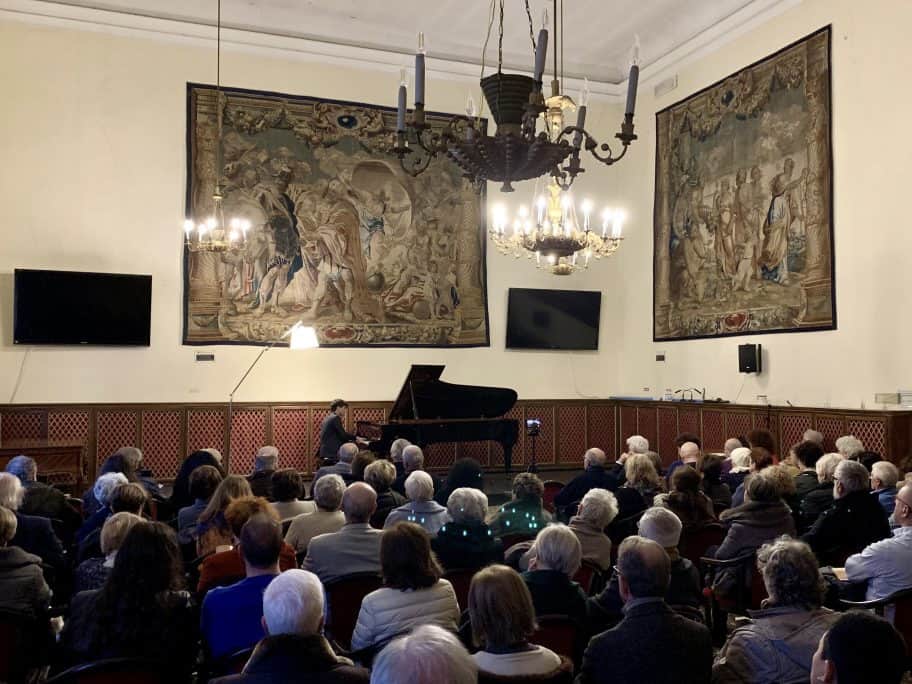 The third event of the concert season proposed by the Associazione musicale F. Venezze is the one with the winner of the Premio Venezia 2019, Elia Cecino, nineteen talented man from Casale sul Sile, was held in the Tapestry Room of the Accademia dei Concordi on Sunday, February 2.

The Premio Venezia is the prestigious competition reserved for the best new graduates in piano of the Italian Conservatories, which, during its thirty-six editions, has graduated some of the best Italian pianists of our time.

Cecino is seemingly minute, a young boy, but with a remarkable sonic prowess, which is exalted in Bartok’s Sonata, one of the masterpieces of twentieth-century piano literature, as in the second of the three encores, a Prelude and Fugue of Shostakovich. This does not alter the fact that he was able to make sense of both the Sonata op. 31 n. 2 by Beethoven, whose reading appeared curious and careful to understand the compositional mechanisms of Beethoven, both in the Sonata op. 35 of Chopin, where his vigorous sound, able to fill the space, interprets the sense of impending death with energy, more than with despair, but at 18 is just so. His ability to concentrate, and his at least apparent calm, are not those of a child. The other two encores were a Study and a Prelude by Chopin. So, he was very generous, and the impression is that he could safely continue with three more encores. The room was full and the audience applauded.

Prior to the important Venetian success, Elia Cecino had already won numerous Italian and international competitions, in addition to having already performed several times as a soloist with the orchestra. He trained with Maddalena De Facci, and after graduating with honors from the Conservatory of Cesena in 2018, he was perfecting with Eliso Virsaladze at the Scuola di musica di Fiesole and with Andrzej Jasinski at the Accademia del Ridotto in Stradella.